The Learning Robot, part of the i series of robots and controllers, is the optimal transitional model for the factory or assembly environment which has removed labor-based assembly teams. The Learning Robot is easily programmable and easily maintained.

The Learning Robot may run, in concert with all other i series systems, for 720 consecutive hours without maintenance. Unlike previous factory floor solutions, the Learning Robot can lift upward of 600 kg during assembly.

Unlike previous i series models, the Learning Robot does not require a light-sensitive mounted camera for machine accuracy. Because of this update, there is no minimum visible light requirement for factory floor production.

It is recommended that general body assembly be completed using only i series model robots and controllers. Mixing i series model robots (including the Learning Robot) with other robot systems or human labor can result in decreased efficiency, inaccurate assembly, or safety issues for human laborers. Using i series robots and controllers is the only way to ensure speed, accuracy, safety, and ultimately - cost efficacy within the assembly environment.

The Learning Robot provides smooth and high-speed motion by suppressing robot vibration. This enhances the robot’s productivity and the efficiency of a production line, which contributes to reduced overall system costs.

Unlike the routine costs of educating labor teams on best practices and new methodologies, the Learning Robot is able to learn from monthly software updates. If internal production line methodology undergoes dramatic change, an i series engineer is available for on-site programming and calibration. The Learning Robot’s routine software updates help reduce overall costs of educating your labor staff.

It is recommended that the Learning Robot, like all i series machines which have an assembly capacity of over 100 kg, be secured behind safety-grade plexi or industrial fencing. Because of the force and speed at which some i series models operate, it can become hazardous for any managerial or maintenance staff to be within reach during operation.

"There is a history of technology, but for engineers there is no past. There is only creation." - Dr. Eng. Seiuemon Inaba, Fanuc Corporation 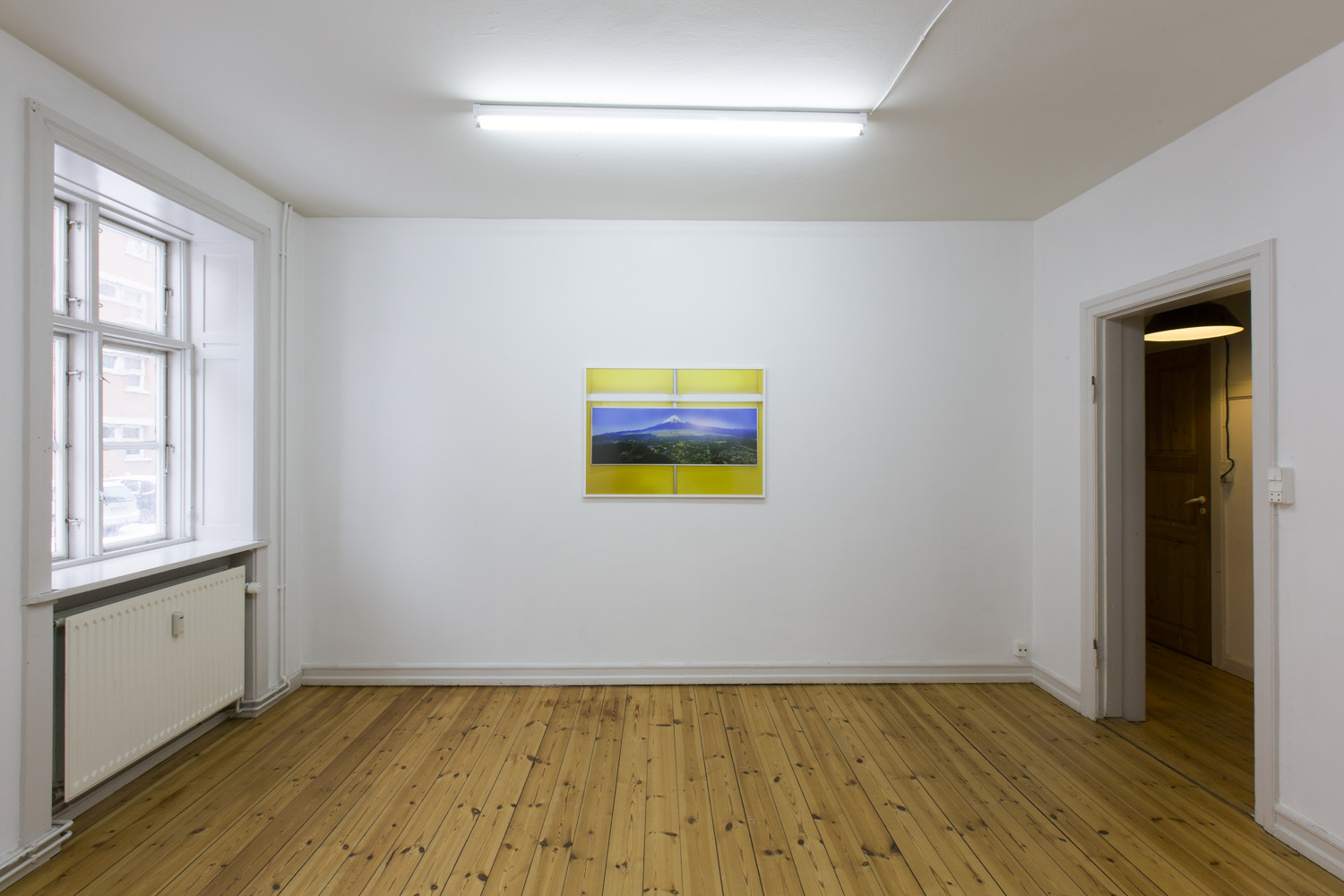 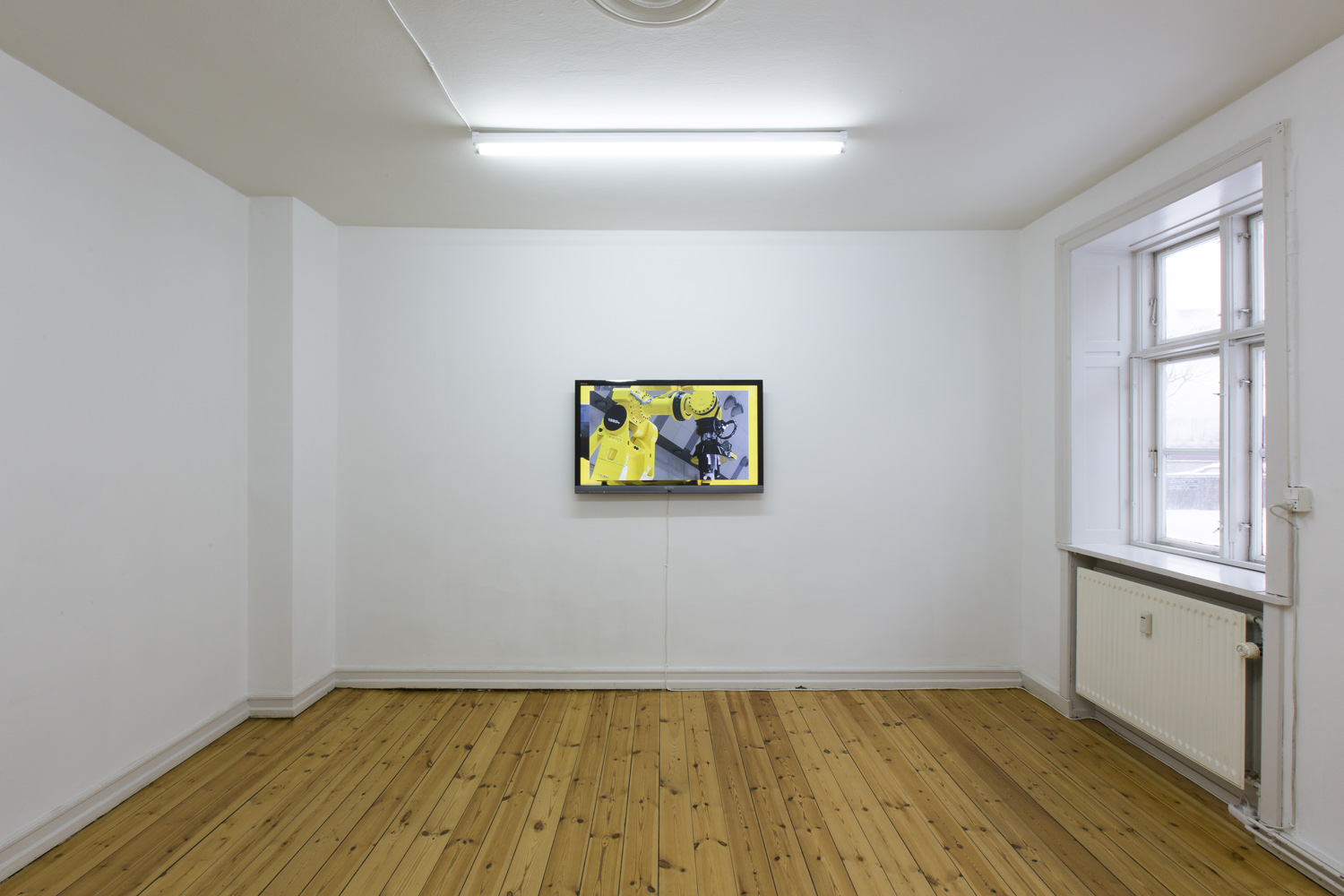 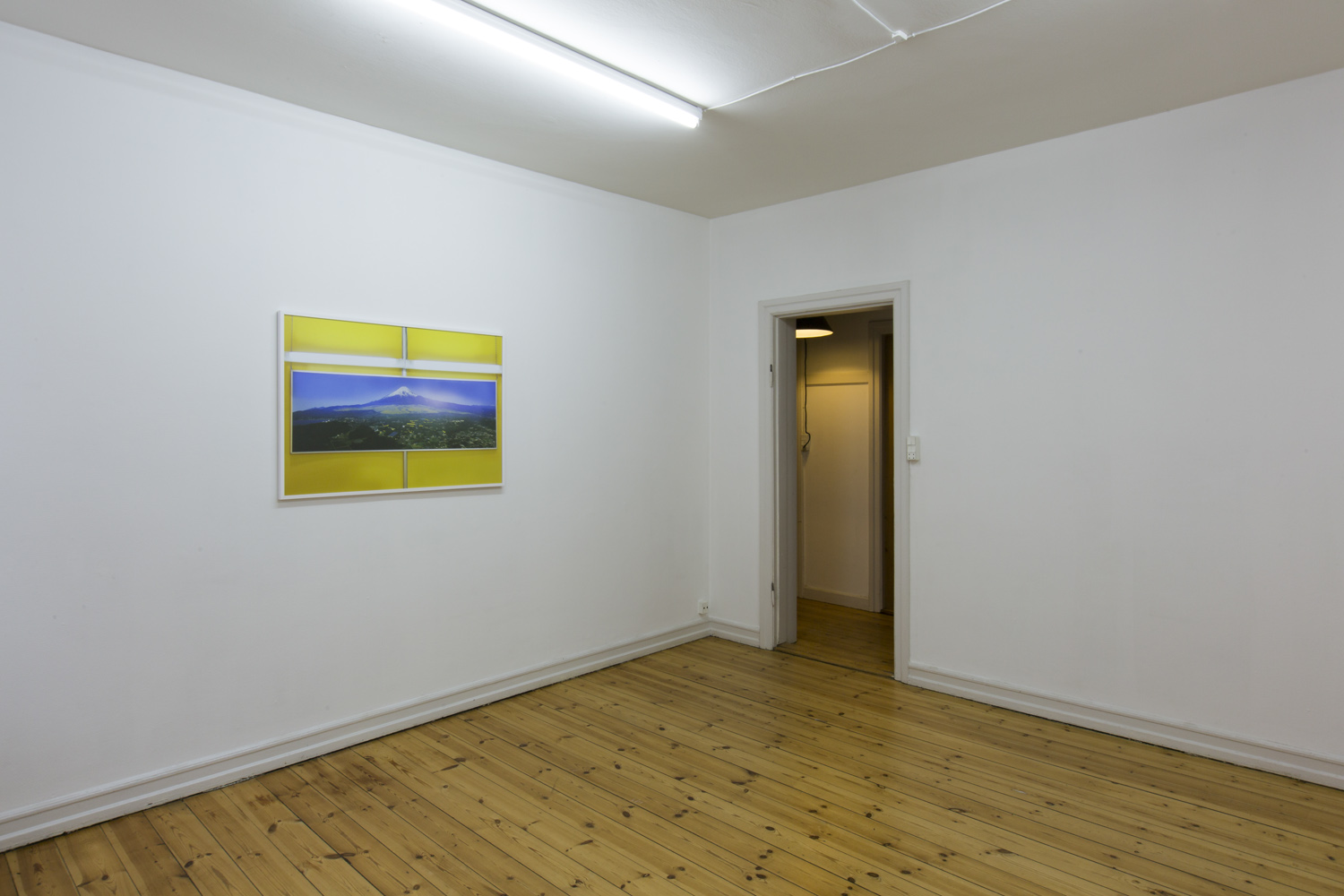 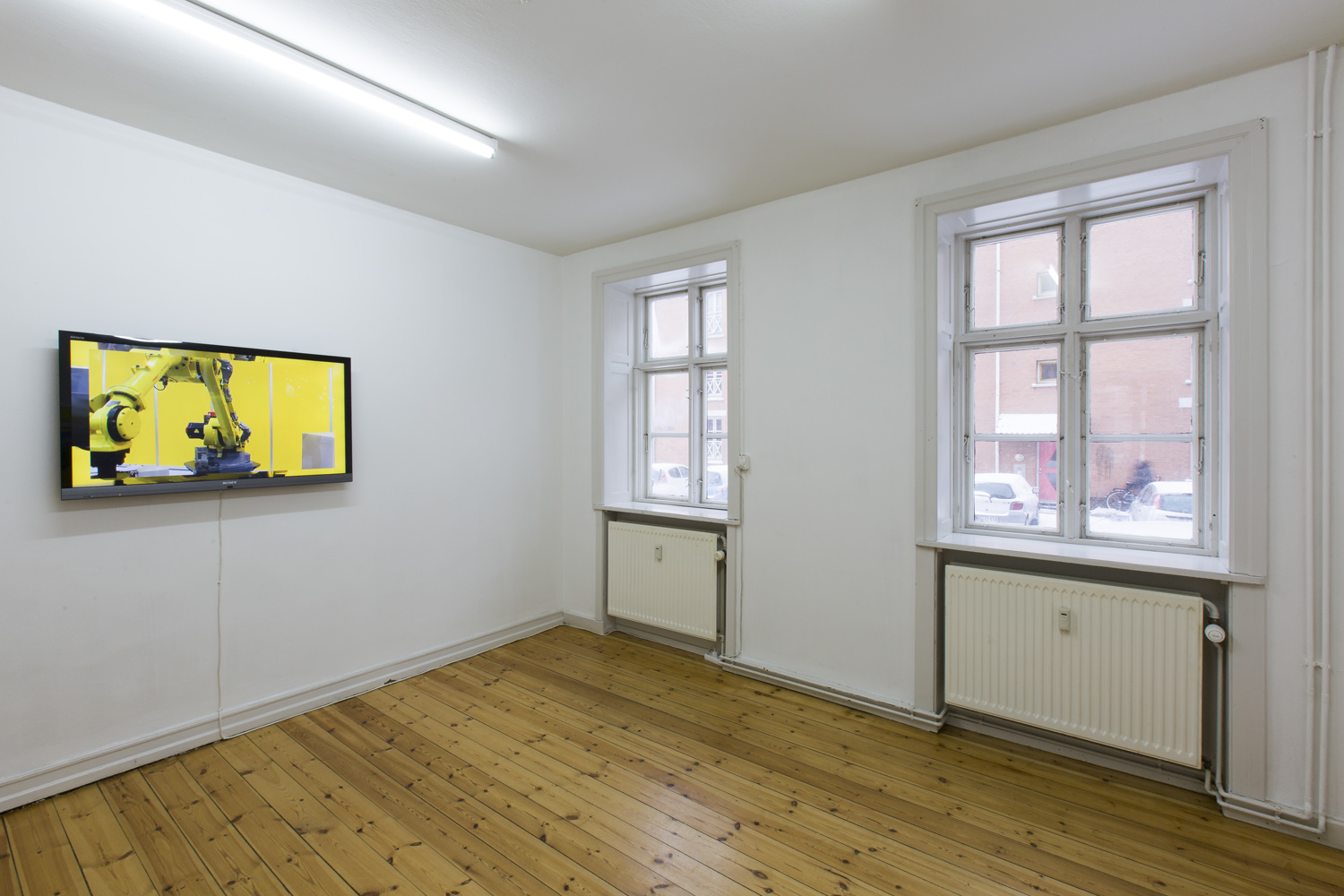 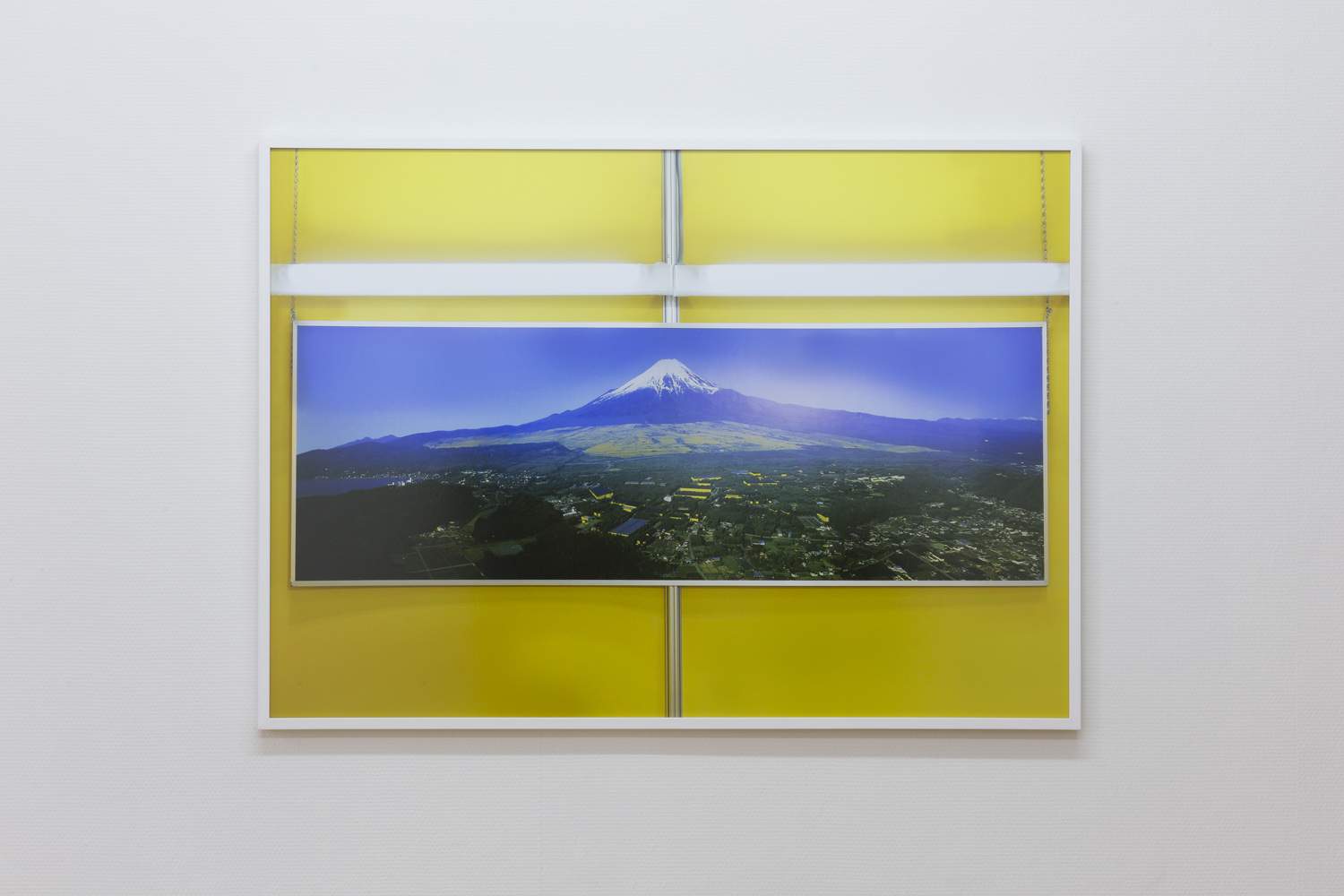 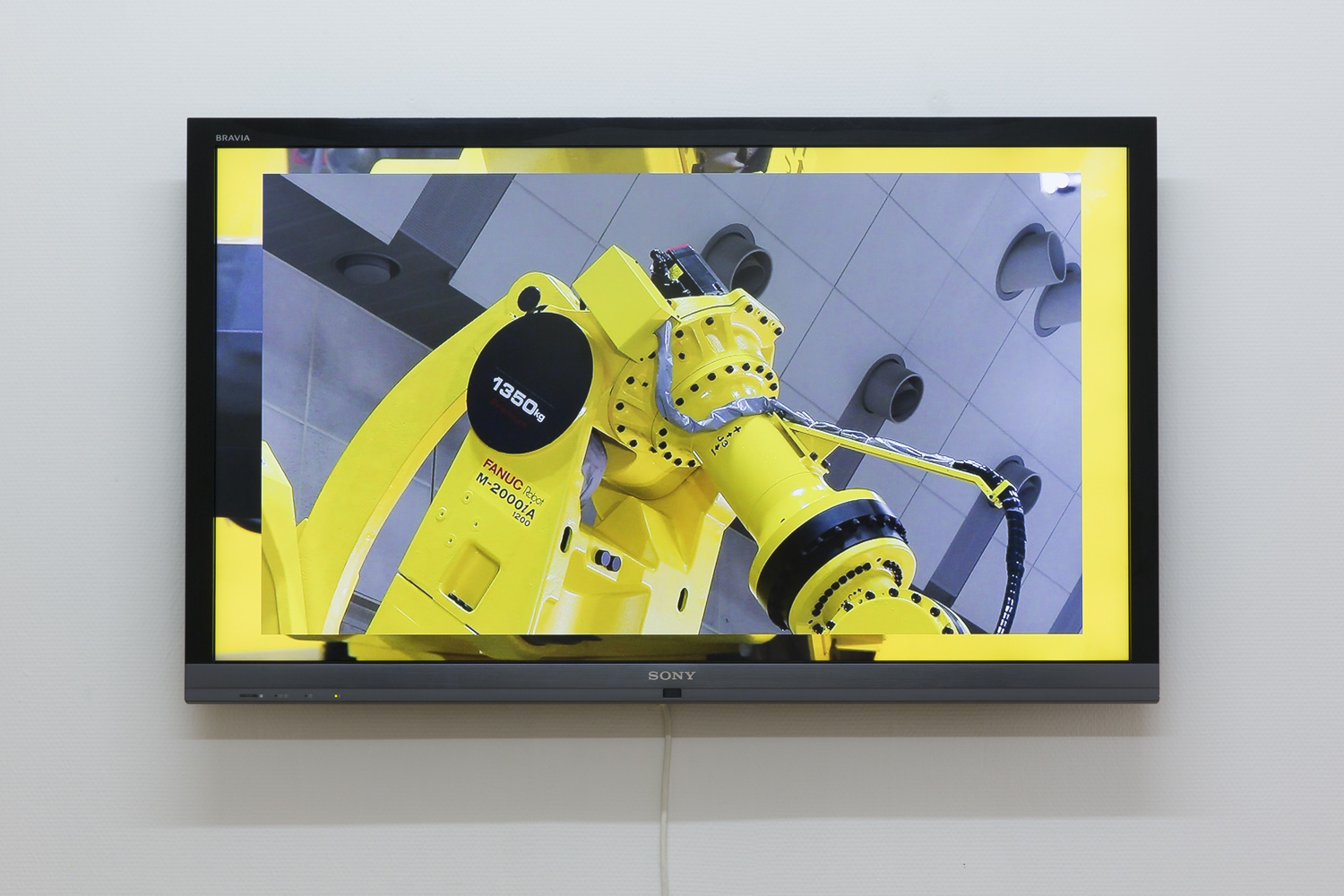 Body Assembly, Wyatt Niehaus' first exhibition in Copenhagen, surveys the visual language and physical nature of highly autonomous industrial machines. Produced in 2013 in Tokyo and Fujiyoshida, Japan, this work explores the objecthood and livelihood of these machines - objects which have come to define the future of industrial labor. As robots become more present in the factory, the role of human labor turns toward spectatorship. We now view production through a series of mediating points; behind protective plexi, on the sales floor, and ultimately on screen.

Lives and works in New York

Wyatt Niehaus’ 2D, 3D, and video works trace the visual culture and social circumstances of market economies in an era of intense technological proliferation. His writing has been included in the International Journal of Art and Design Technologies and The Unlike Us Reader - Hogeschool von Amsterdam. His visual work has been displayed in exhibitions at Antenna, Chicago; Nouvel Organon, Paris; Mixed Greens, New York; and Museum für angewandte Kunst, Vienna